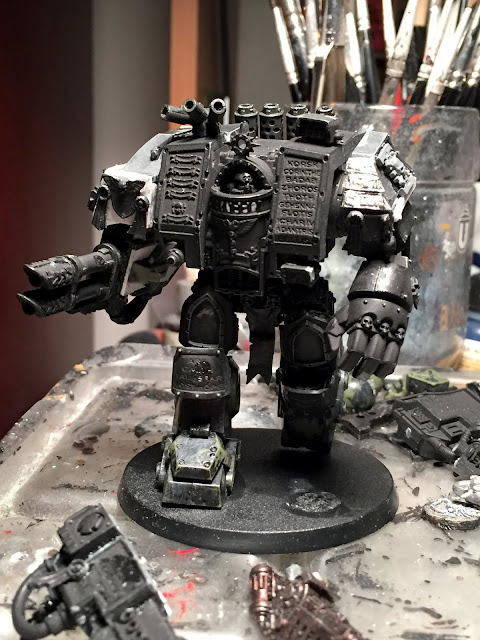 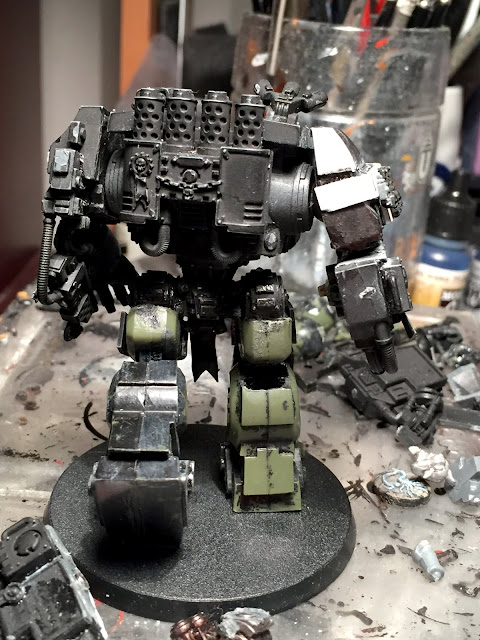 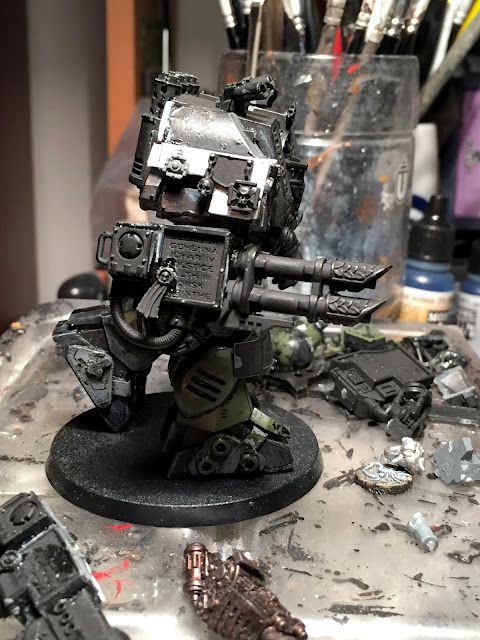 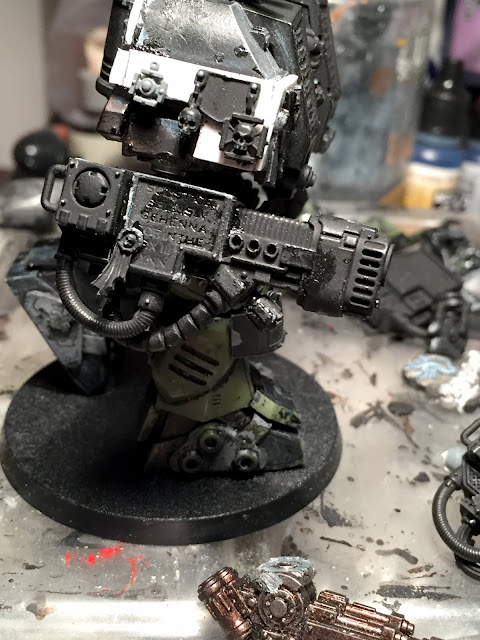 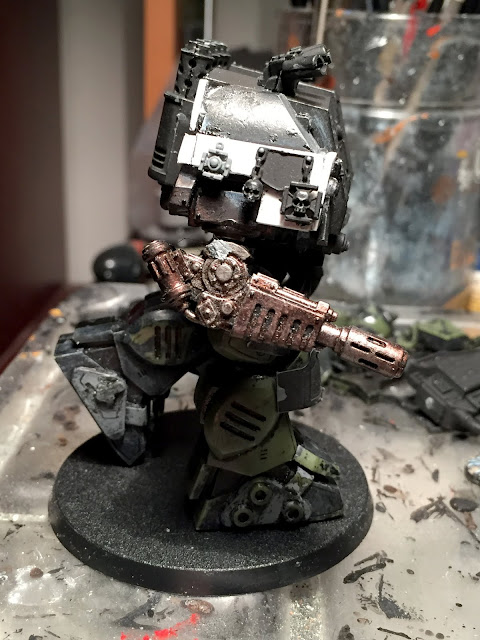 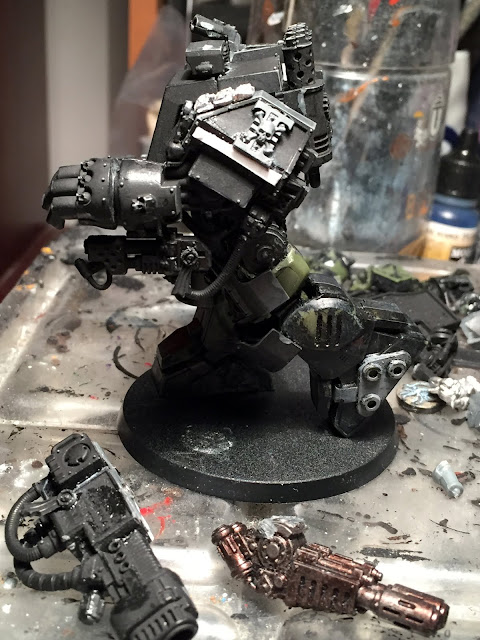 Sorry if I missed it from a previous post, but where did you find those legs, they seem so much more to scale for the body.
The whole model looks fantastic!

Very cool! That's one brutal looking dread! I dig it!

@ Mordian: Yeah, those legs really give it a nice, heavily armored look, don't they?

It is a wonderful conversion. And either 'Fists or DA.

Darn, I was so hoping it would be something still available I could pick up for myself as I'd love to do a similar conversion for my dreadnoughts.

@Andrew: You can. Votoms is a series that's been around forever, so if you check eBay or a hobby site like Hobby Japan or Ami Ami you should be able to find a 1/48 scale one pretty cheap. It might even have articulated ankles, unlike the one I used.